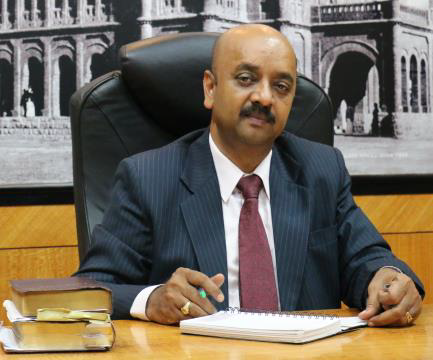 1. NAAC
The College is reaccredited (2nd Cycle) by NAAC with Grade “A” CGPA – 3.46 on a 4-point scale our college stands 9thin the National level.

2. Academic Achievements
i. 11 of courses in the Self-financing stream in order to later to the demands of students.
ii. Functionalising the Satellite Campus near Chathirapatti from the academic year 2015. The College moved from Pasumalai to the Present Campus in 1909 and in 2015 to the Satellite Campus to later the needs of our brethren in the outskirts of Madurai,
iii. Thus the legacy continues. Number of students strength has threefold increased from 2850 – 7000.

3. Human Infrastructure
Appointed 73 teachers in the ratio of 20:1 both in aided and Self-financing streams.

4. Physical Infrastructure
An examination hall and Women’s Hall annexure (UGC-funded) have been completed. A Gym, an Indoor Stadium (UGC-funded) a three storied building (Saunder’s hall) for self financed courses & a women’s lounge, and rest-rooms for both Boys & Girls are in progress.
New Men’s Hall with the name Telfer Mook Hall was constructed with the help of Board of Trustees of the Endowment of the American College.

5. Campus Green
The Campus has been beautifully landscaped and aesthetically roads have been paver blocks laid wing.

9. Earn while Learn programme launched in our college and fifty students are earning while learning, every year.